Whose stock is on its way up and whose it on its way down after MSU's 24-17 OT win over Arkansas.

Damian Williams/Tyler Russell -- We went all week last week not knowing who was going to play quarterback, and just before the game, we found out that it would be Tyler Russell getting the start. Tyler responded by putting together a solid game, throwing for 263 yards and two touchdowns to lead the way for MSU. State did opt for some weird QB substitution patterns, but kudos to Damian Williams for playing well when he went in. Williams' biggest moment came in the first play of overtime, when he kept on the read option, and took it all the way to the house for what would be the game's winning touchdown. What a clutch play by a true freshman.

Josh Robinson -- 101 yards and a 5.9 ypc average in just one half of play? Sounds like someone is nailing his audition to become MSU's lead running back. Robinson will surely continue to split time with LaDarius through this year, but next year, I'm excited to see him become the feature back, along side Ashton Shumpert.

Blocks on final touchdown -- There was some beautiful blocking on that play:

Ashton Shumpert's carries -- Robinson clearly was suspended or out for some reason in the first half Saturday, so the bulk of the load was left to LaDarius and Shumpert. Except Ashton touched the ball a total of one twice. Then when we get great field position right before the end of the half, Derrick Milton comes in? Look, I like Milton, and I've been rooting for him to do good here, but it's clear that he's down the depth chart, and we've already burned Ashton's redshirt. Why aren't we giving him the opportunities? I just hope he doesn't get too frustrated, and that he realizes that in 2014 it will be him and Robinson splitting the carries 50-50, I would imagine.

Consistent Play -- A win is a win, but man, that was an ugly one. MSU continues play inconsistent football, but fortunately they were able to overcome it Saturday to get the win. I think more than anything this is what frustrates me the most: the lack of consistent play. Will we ever get to the point where we can play a complete 60 minute football game?

The kicking game -- this one stays from last week. Seriously? A division 1 school that doesn't have a kicker who can make a field goal? On the broadcast they said that Mullen said Sobiesk "didn't have a good week at practice", but could Bell really have? I hate continuing to pile on him, but it's clear he's got the "yipps", aka the Chuck Knoblauch syndrome, so he doesn't need to be in the game, unless he's punting. I hear good things about Logan Cooke who comes in next year. Let's hope he's as good as advertised. 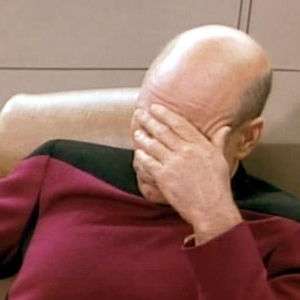