It goes without saying that this is important analysis.

After Mississippi State was done signing 23 new Bulldogs up for the football team yesterday, Dan Mullen took to the podium to talk about the class and what he hopes to get out of these players during their careers in maroon and white.  While it may be more beneficial for you, the reader, to hear more analysis on what Dan had to say, I would rather take his words and put them into a word cloud format. 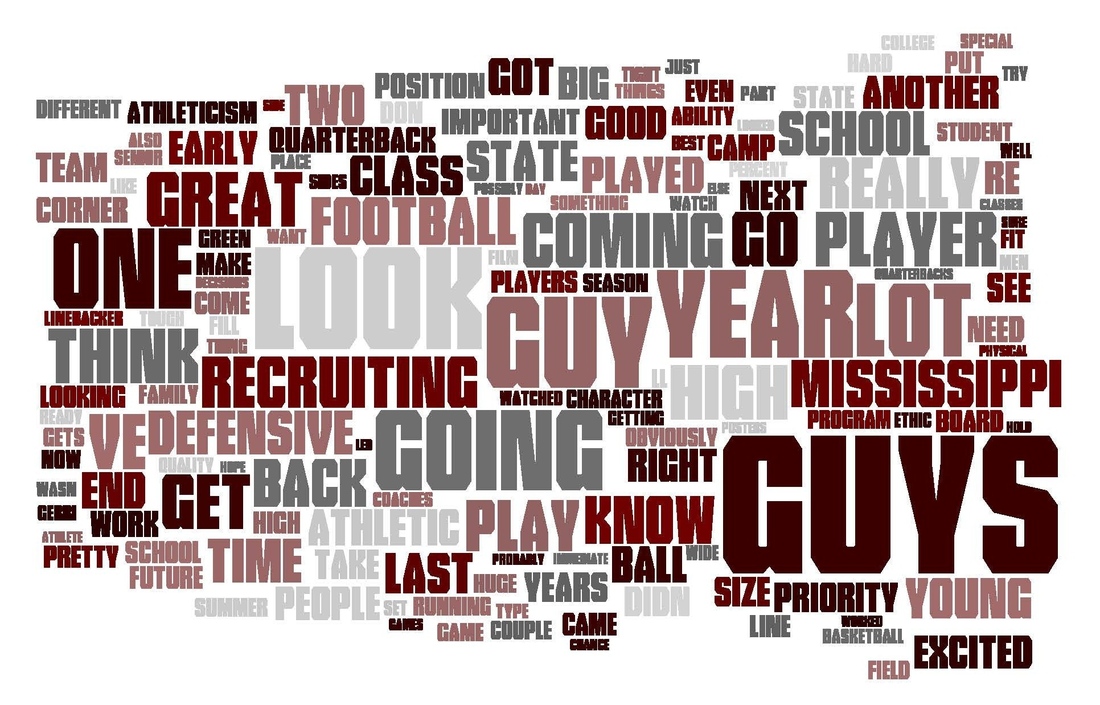 While this may not seem like something worthwhile (most of the things I do aren't, if we're being honest), I thought it was neat to see the words Dan tends to use a good bit during his press conference.  Now there are a few hiccups in there such as VE and DIDN due to the program rejecting the notion that apostrophes exist, but overall the words Coach Mullen used the most are about what you might expect.  There really aren't any buzz-words in there, other than Mississippi, due to the fact that Dan often emphasizes recruiting the state well as a priority.  Anyways, hopefully this hasn't been a complete waste of your time.