I don't know if there has ever been a bigger swing of emotions for State fans in an eight second span.

Share All sharing options for: Reliving the longest eight seconds in MSU history

Alright State fans, the first thing I want you to do is close your eyes. Now that they're closed, I want you to imagine a time in MSU's sports history where State was in a big spot and had a chance to win a huge game, but came up short. I think of Kara Lawson going coast to coast against State's women in 2003, or Demarcus Cousins against State in 2010. 2011 football against Auburn, 2009 vs. LSU. I could go on and on and on and on, but you get the picture: so many times as State fans, we've been taken to the brink of extreme celebration, only to be violently tossed back into the dark depths of despair.

So that's why the final out of Saturday's Mississippi State - Oregon State game took about five years off of all of our lives. Up until the 8th, most of us likely thought we were headed to the losers bracket with a tough road ahead. And then Wes Rea happened, and we reversed course to the side of hedging on hope. And even though our All-American closer had a bit of a dicey 9th inning, we still found ourselves with one out to get. One out between us and something that has been so rare for us in Omaha: a win. And with two on and two out, this happened:

WHAT IN SWEET MARY JONATHAN ARE YOU TRYING TO GIVE US A HEART ATTACK?!

It was at that moment that I simultaneously began to slowly weep and jump for joy all while removing my shirt and doing the Wobble dance. It took my body and my mind a good minute to process what had just happened. HAD State just stared defeat directly in the face and walked away? We had, thank goodness. Now, let's take a frame by frame look at what we all were most likely thinking (or at least what I was):

All right, let's go Jonathan. We've got two outs, and yeah I know there are two on, but we can do this. Okay, he just hung a curve ball to Haynes, but he won't do that again, never. Let's just get one pitch, ONE PITCH and get this victory. 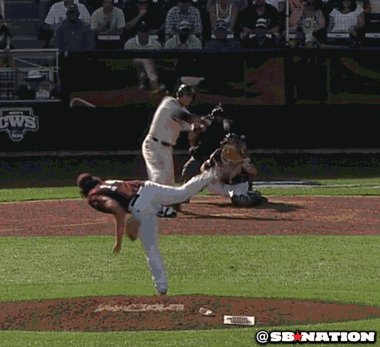 Oh crap, I think he hung it. 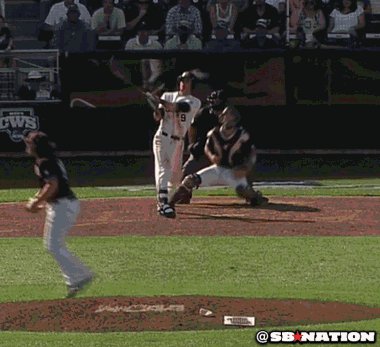 Yep, he definitely hung it. ARE YOU SERIOUS? He got every bit of that pitch. That's it, that's the ballgame. It's over. That ball will land in Iowa tomorrow with a flight tracking number and six stewardesses. I absolutely cannot believe that we would get a huge hit from Rea only to lose like this. This is why it sucks to be an MSU fan. 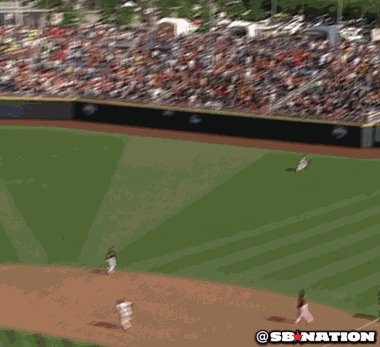 Yep, there it goes. No doubt about that one. I am going to be sick to my stomach. This really isn't happening. It can't be. I am a ball of anger and sadness and tears. Someone hold me. 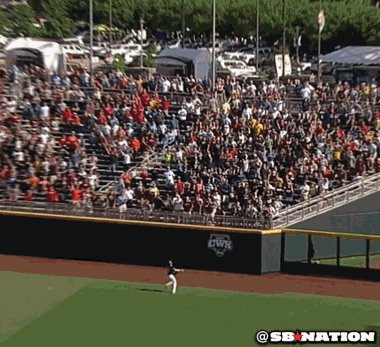 [Renfroe continues to sprint towards the outfield fence] [vomits] 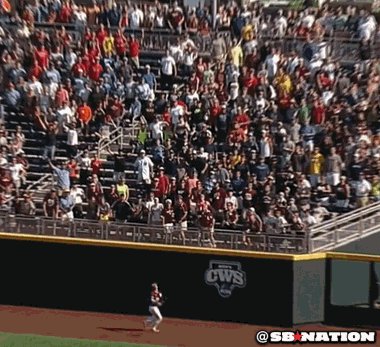 Wait, does he have a chance to catch that? No, surely not. But he looks like he thinks he does. Is there a chance we get saved here? 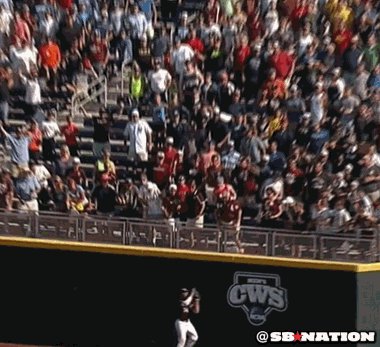 DID HE JUST CATCH THAT BALL?!?!?! DID HE?! [makes high pitched sound somewhere between a child crying and a Michael Jackson falsetto] 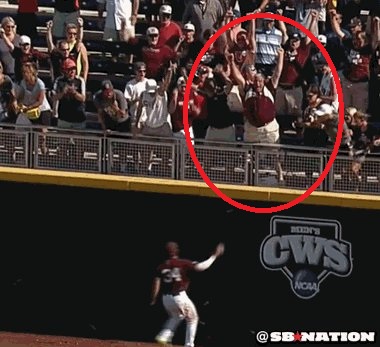 That's all the confirmation I need!!!!!! He caught it! It happened! State fans finally stared defeat directly in the face and yelled "NOT TODAY"! This is the greatest day ever to be a Bulldog. And if people ask, I'll just tell them I knew he was going to catch it the whole time.