Thanks to Hugh Freeze's 3rd Cousin a source that wishes to remain unidentified, FWtCT has obtained proof that Hugh Freeze's 2013 recruiting class was truly too good to be true.

Ever since Hugh Freeze started reeling in his historic recruiting class for the class of 2013, fans of opposing schools began to question aloud the legitimacy of his recruiting efforts. How could one man, who was fairly new to college football, be pulling recruits from the likes of Alabama, LSU, and other college football heavyweights?

The problem has been that no one has been able to prove it. Many -- and I do mean many -- have claimed to have proof, yet to date none have been able to provide evidence that could bring to light Mr. Freeze's transgressions.

Via a source very close to the Freeze camp, For Whom the Cowbell Tolls has obtained video evidence of Freeze himself giving recruits cash as they entered the ski resort he rented for the weekend in Aspen during the height of the recruiting season earlier this year. How he was able to smuggle a large group of recruits out of Oxford to the sunshine state remains a mystery to many, but the video clip is undeniable evidence of Freeze's violations.

The same source, to validate his evidence, also sent FWtCT this copy of Freeze's hotel receipt from the resort for the weekend, which proves he was there just weeks before National Signing Day with a group of recruits. 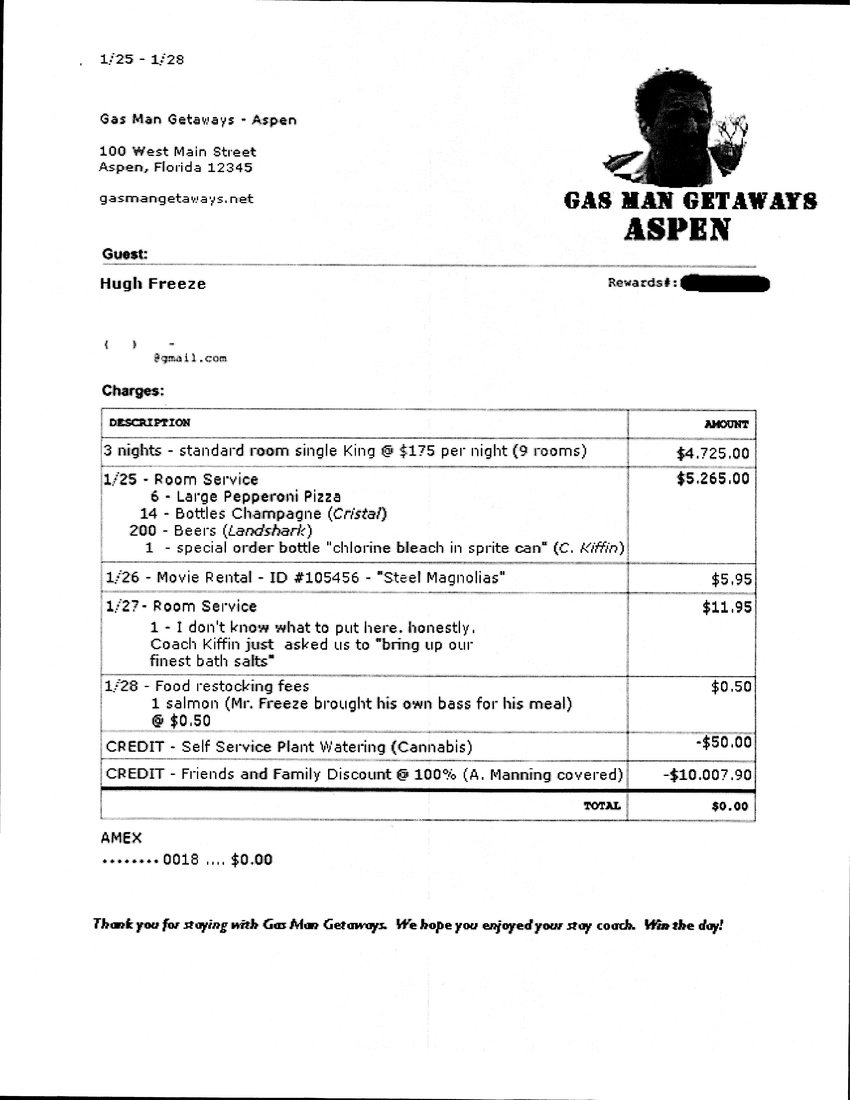 FWtCT was also provided by the source a copy of the following documentation related to the weekend in question:

FWtCT has forwarded a copy of the information contained herein to the NCAA, the Clarion-Ledger, and other major media outlets. We expect action within years, and a story to be published somewhere besides this website within months.

Stay tuned folks, this story could take a few more interesting turns before the situation is concluded.

[the wonderful .GIF work displayed above via robnoladog]