It's the way Bully I would have wanted it. 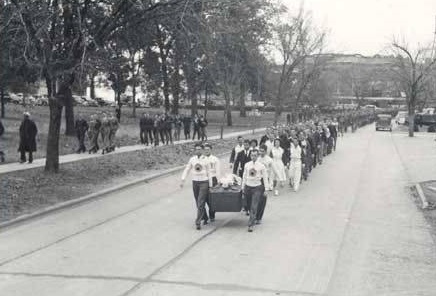 If you missed it Saturday, our post on Bully I's tragic death in 1939, and how it rocked Mississippi State College

Two days ago on Saturday, we brought you the story of Bully I, who was Mississippi State College's mascot from 1935 until his tragic death in 1939. We also showed you just how much Bully I meant to the school, as his burial march to Scott Field was quite the scene. As you can see in the previous post, Bully I had four pallbearers (four cheerleaders), followed by what is reported as nearly half a mile of ROTC guardsmen, the Famous Maroon Band, and various other fans and students who wanted to pay their respects.

Well, what we didn't show you was what the pallbearers were wearing.

Yes, I said what they were wearing. Now normally, I wouldn't make an entirely sepearate post out of something as miniscule as what four men were wearing in a photograph. But I think these circumstances called for a stand alone blog entry. If you'll take a look at the picture above (also seen below), you'll notice that the four men pictured on the left are the same four from the previous picture. Those are Bully I's pallbearers. And as you can see, the four men are proudly sporting anti-colonel sweaters, clearly a shot at the school a Pontiac ride half a day up north, a bit west from were the maroons did once soundly defeat the Aberdeen College Pandhandlers.

Yes, somewhere above that day, Bully I plopped down on heaven's carpet, he looked down upon the four men, and smiled in doggy approval. 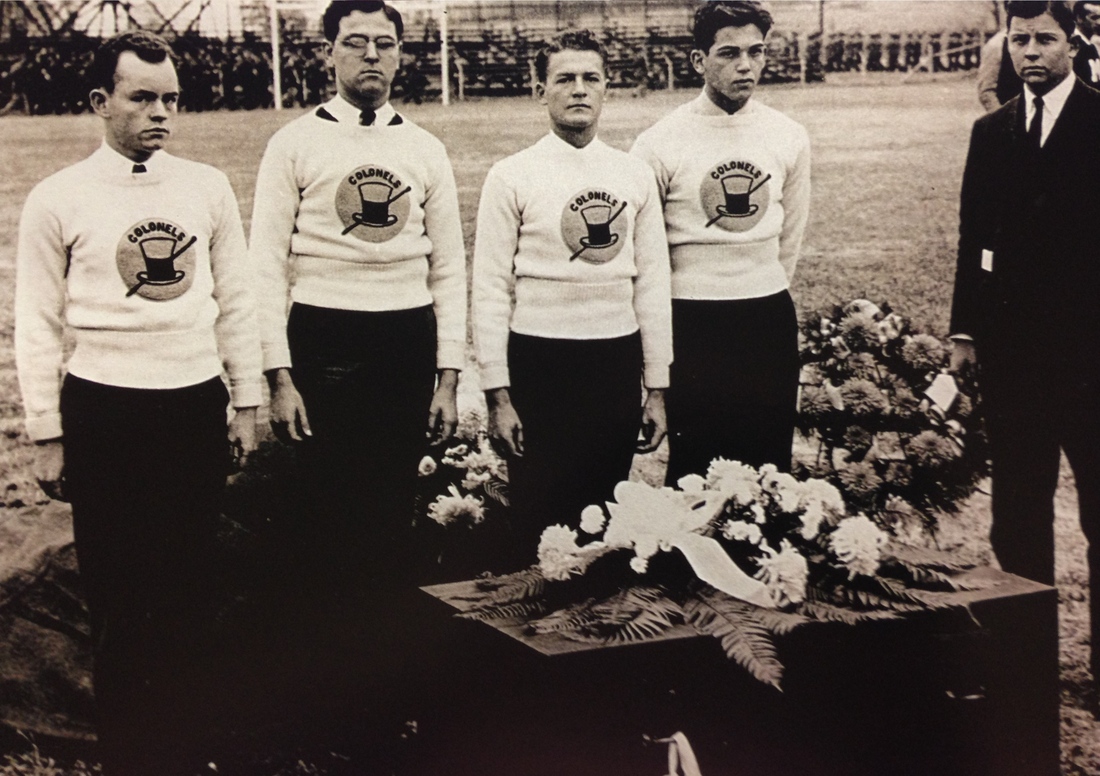