Kentucky, Florida, LSU, and Arkansas battle in two single elimination games for the right to play in the SEC Tournament championship tomorrow.

It's semifinals day at the 2014 SEC Baseball Tournament, and after four days of action we're down to the last four teams vying for an SEC Tournament championship.  There are two teams left standing that you'd expect, LSU and Florida, and there are two teams that you may not have expected in Arkansas and Kentucky.  Give the Hogs and especially the Wildcats credit, though, they've both played well this week, and both sit with a chance to play in the championship game tomorrow.  Before we take a look at the updated bracket and the two games on tap today, here are the results from yesterday's elimination day:

In the early game, Arkansas completed a big comeback against the Rebels by tying the game in the eighth and taking the lead in the top of the ninth to win a game that Ole Miss led 6-0 early.  In the nightcap it was all Gators as Florida led from start to finish in a 5-1 win to advance to Saturday.  The loss for Ole Miss sent the Rebels home to await their NCAA fate for Sunday/Monday, while MSU goes home to await to hear on Monday where it will be headed for Regional play.

After four complete days at the tournament, the updated bracket looks as so: 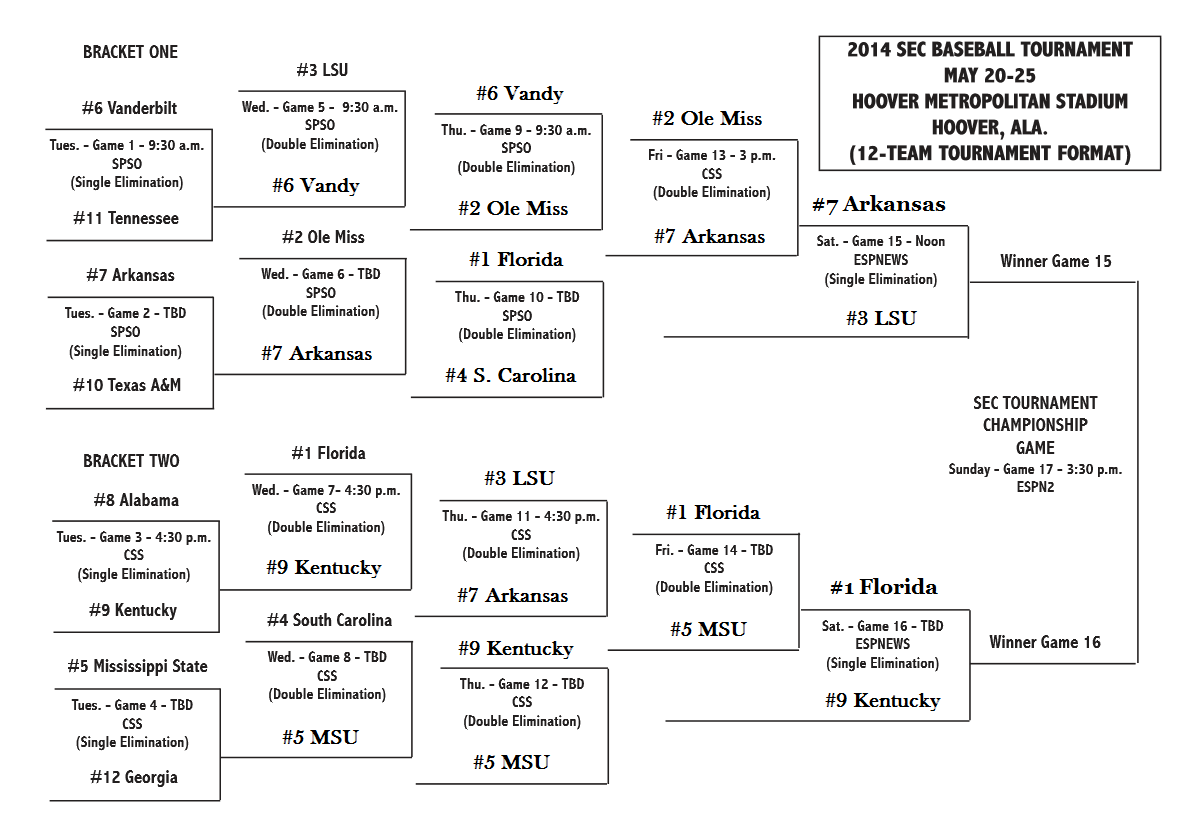 As we have been, we'll be updating the post with scores as they go final, and this will turn into an open thread for the State game tonight when we play. If you're looking for a good follow for all of today's action, I cannot suggest enough our friend PodKatt (@valleyshook) from LSU site And the Valley Shook. He's an annual trekker to the tourney, and he's now a credentialed member of the media. Give him a follow to keep up with today's action.  You can also follow @d1baseball and @SEC for game updates and final scores.