Mississippi State's Dak Prescott managed to move up the ladder on several record lists Saturday, and against Auburn, he will have a chance to move to the top of several such lists.

As if the Mississippi State Bulldog's matchup with the Auburn Tigers was not already big enough Saturday, fans in Starkville will have the opportunity to see Dak Prescott set several new career marks in the contest.

Should the Bulldogs win the contest, there seems to be no way that Prescott will not take over the career lead in the touchdowns responsible department. 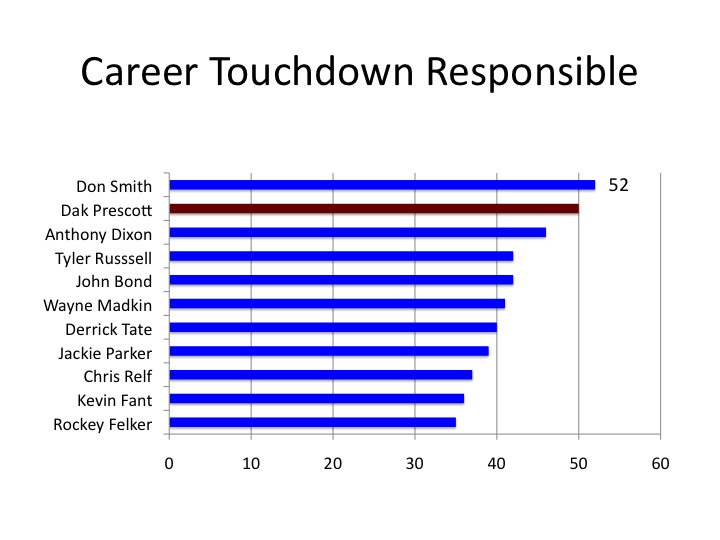 As you can see, Prescott now has 50 career touchdowns for which he is responsible. That leaves him only two behind Don Smith.

Also along the same lines, Dak Prescott should finish tied for the lead for most 200-yard passing games in a career after Saturday. 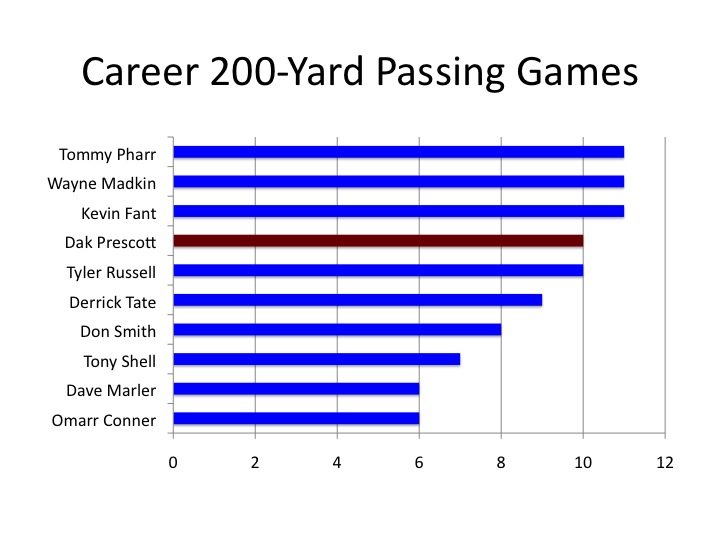 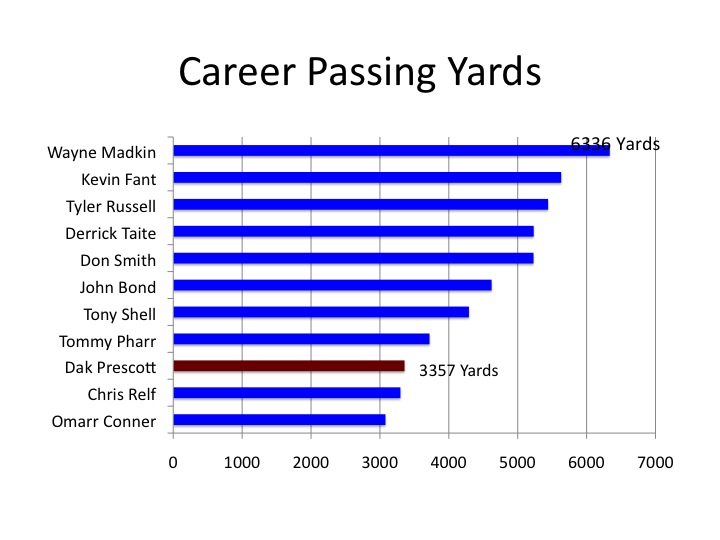 While catching Anthony Dixon this season will not happen, Prescott also has continued to make a dent in his all-time rushing touchdown mark. 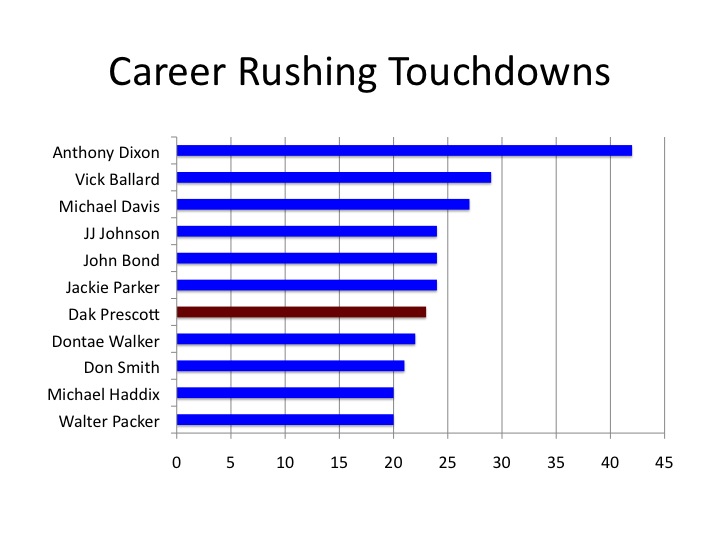 When Prescott is not rushing for touchdowns, he does a pretty good job throwing them, as shown by his movement up the career touchdown passes list. 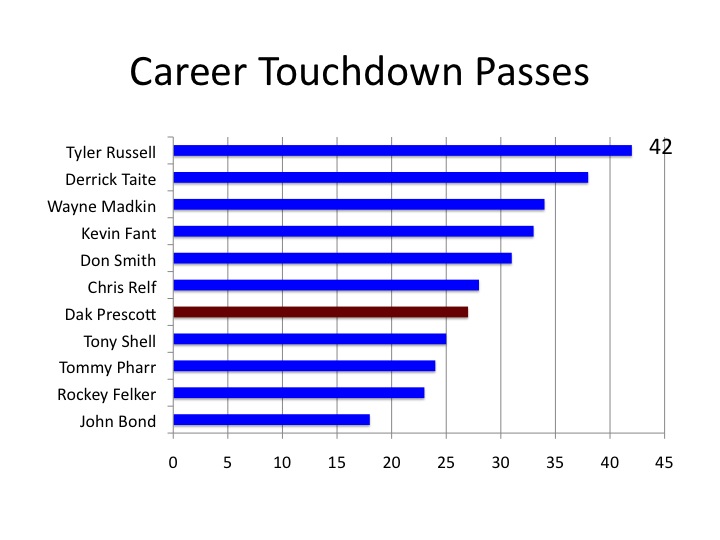 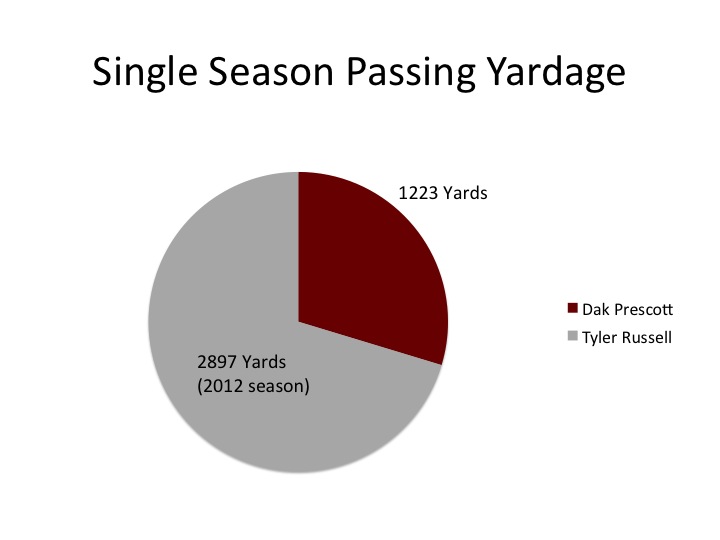