Mississippi State travels to South Alabama on Saturday to take on the Jaguars. We've collected stats and various information to determine the Bulldog's chances for coming out on top in Mobile. Hint: Our chances are good.

Share All sharing options for: Know Your Foe: South Alabama

2014 is South Alabama's third season as a Division IA, or FBS, football team coming out of the Sun Belt Conference. During the previous two seasons they are 0-2 against SEC opponents including a loss to MSU and they have never played an SEC team at home. Ladd Peebles Stadium in Mobile, AL holds 40,000 people and the game is completely sold out. Despite the perception that this is a cupcake game for State, there has been tons of excitement from USA and its fan base. They even took a page from Dan Mullen's book and got a billboard: 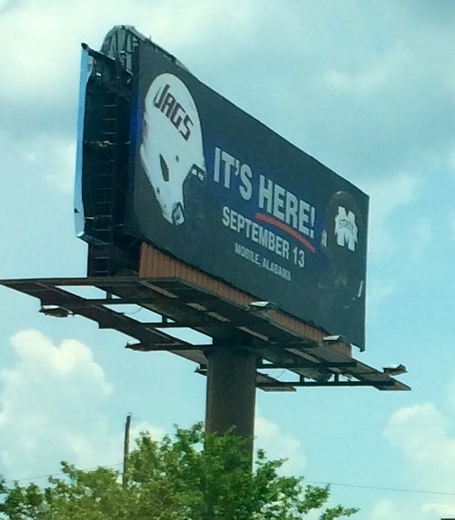 This could be a more challenging out than MSU fans may have initially thought. Let's check the stats. 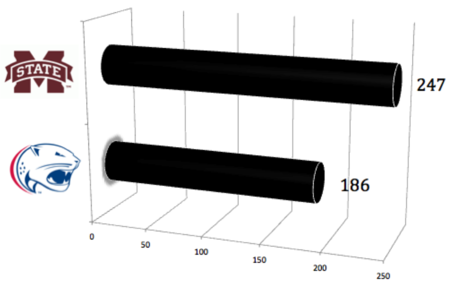 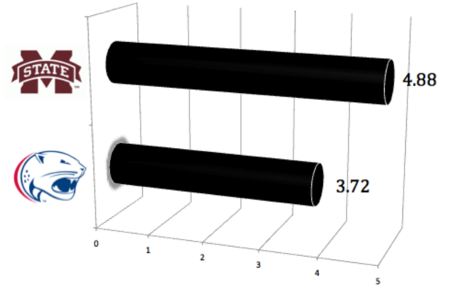 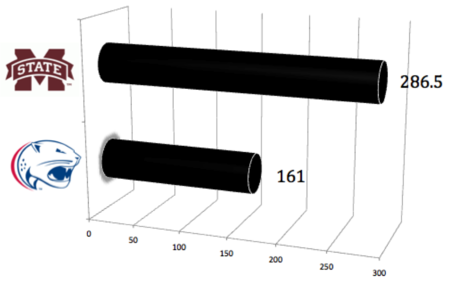 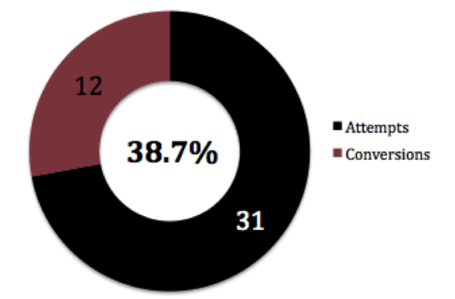 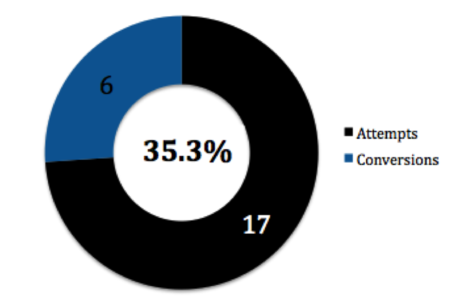 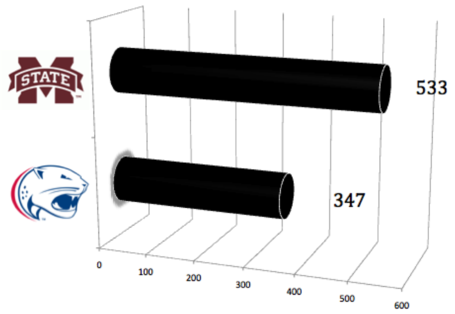 I was honestly surprised when I looked at these stats from MSU. Dak Prescott and Co. have been efficient on the ground and through the air. Their third down conversion percentage could use some work but otherwise MSU's offense has worked considerably well. It should be noted when comparing these stats that South Alabama has played only one game and State has played two to date, but the Jaguars offensive stats aren't too bad. Albeit, their one game was against Kent State. State also leads in number of first downs per game with 27.5 compared to 20 for USA and Dak Prescott has produced a QBR of 57.0 while USA's Brandon Bridge has managed 43.4 in overall QB efficiency. Dak also leads the nation in individual points responsible for with an average of 27 points per game. The Bulldogs should easily be able best USA on the offensive side of the ball. 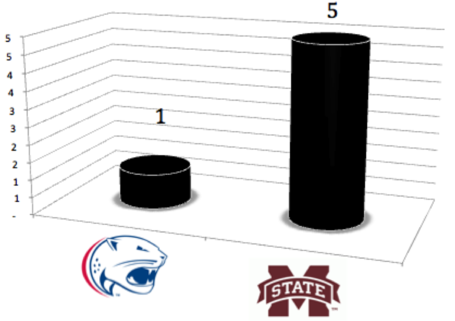 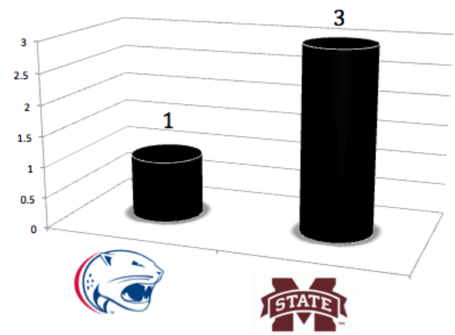 Points for and against 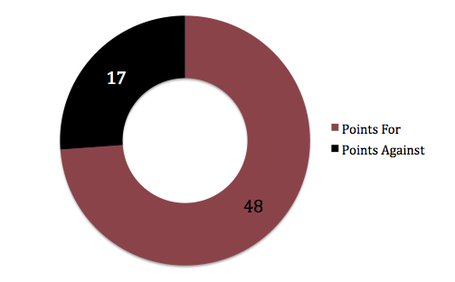 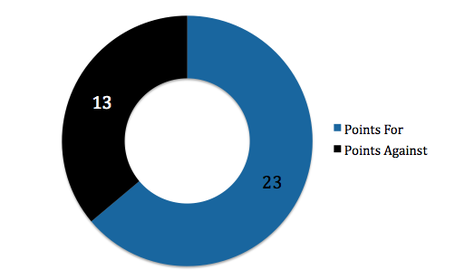 Again, we have to consider that South Alabama has only played one game but their defense held steady, allowing 13 points plus nabbing an interception against Kent State.

State's defense, on the other hand, has been sort of a two faced monster. There's the Psycho Defense that's only allowed 2.42 rushing yards per carry from opponents, blocked a kick, and grabbed three interceptions including a pick six from Preston Smith. MSU even had its first shutout since 1999 against Southern Miss.

Then there's the defense that was absolutely gashed through the air by UAB on Saturday. The Blazers threw for 435 yards and collected 34 points. The Bulldog's secondary had the integrity of a wet piece of notebook paper. This cannot happen again. State will most likely be able to survive lax secondary play against South Alabama but with a killer stint of SEC games coming after their date in Mobile, MSU's secondary has to get their act together.

At a glance, State SHOULD win big against South Alabama. Although, we SHOULD have won big against UAB too. But such is life at Mississippi State. This game will come down to the Bulldog's defense stepping up and shutting down South Alabama. The Jaguar's offense does not appear to be nearly as explosive as UAB but you can never be too careful. Fix the secondary, let the D-line keep doing what it's been doing, and let Dak be Dak and MSU will come out on top on Saturday.