The time Bully (the human one) got "arrested"

Bully was a bad dog (shows self out).

Share All sharing options for: The time Bully (the human one) got "arrested"

Sometimes it can be hard to stay out of trouble. That is certainly true for most of us, but it is especially true, it would seem, for college students. I mean, the MSU student paper, The Reflector, even features a section called Bad Dogs each week to make note of the misdeeds of those who attend class in Starkville.

So why should it be a surprise that, this one time years ago, MSU's faithful costumed mascot got himself into a bit of trouble with the law as well. I mean, if you remove his suit, is he not human underneath as well? (Fathers, maybe don't let your young kids read that part).

We don't know the context of this picture, but we do know that it's worth sharing: 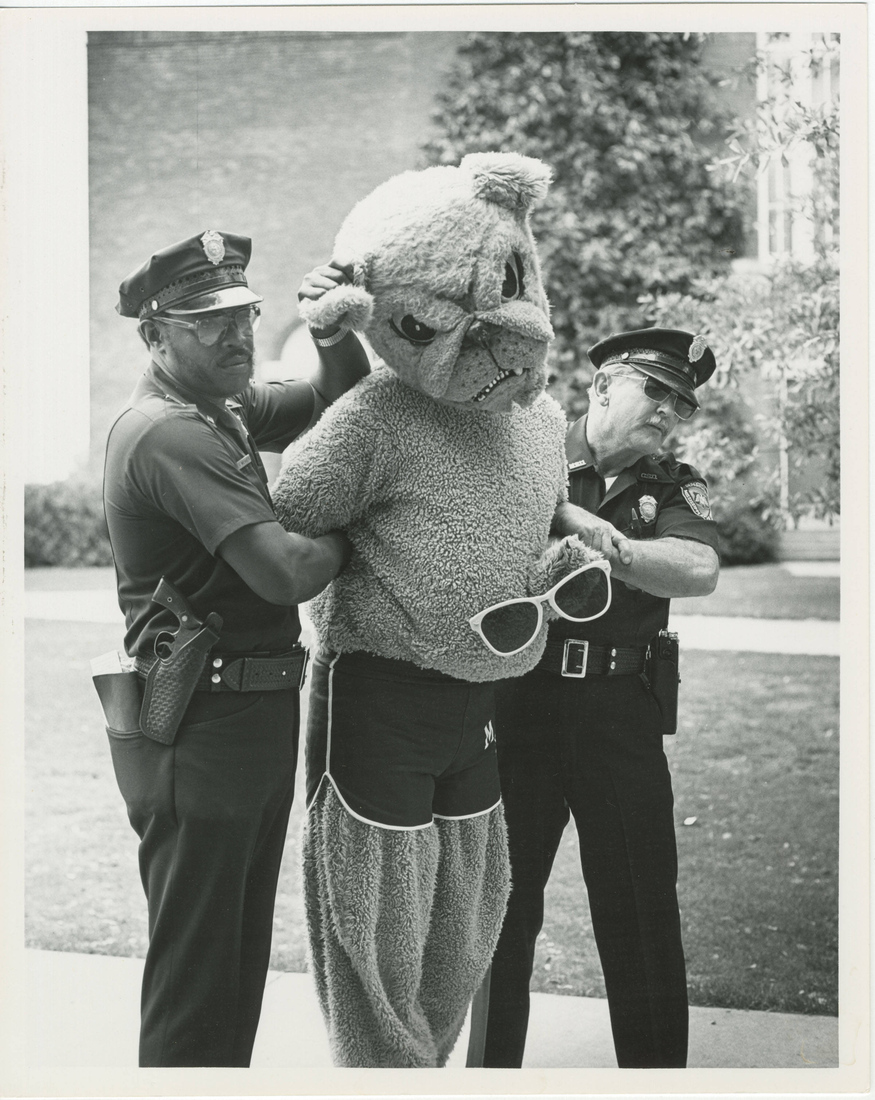 If you have any details about when, where, and why it was taken, we'd love for you to share with us at forwhomthecowbelltolls at gmail dot com.

Now, as for building our own context, I wouldn't be doing my job as this blog's resident idiot if I didn't speculate as to what Bully's crimes might have been:

Note: yes, we do realize that this was most likely an arrest for the purposes of publicity, and not an actual arrest of the man wearing the suit that was so urgent that they wouldn't even let him change out of costume. I would go so far as to speculate that this was one of those "Bully's in jail folks; donate $5,000 to the Human Fund a we'll let him free" type of deals. Still, it makes for an awesome picture.