The gang is back to pick games in what looks to be a much more boring week two of the college football season (hey, we aren't complaining. We're just glad that there's football).

Share All sharing options for: FWtCT Picks the SEC - Week 2

It seems like we blinked twice and we're already into week two of the college football season we so longingly awaited this off season.

Although they are a bit late this week (editor's error, apologies), we do have a few new contributors to introduce you to in the picks. You've already seen great work from all three here on the site in their short time aboard, but welcome to the picks James Carskadon, War Machine Dawg, and Prediction? Pain. Some really good content from all three already on FWtCT. Now let's see how they do in the picks. 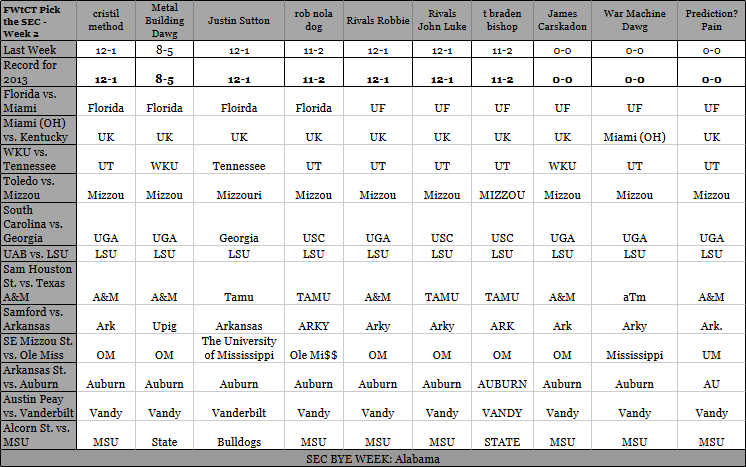 Enjoy the day's worth of games! And remember, there are no stupid picks, just stupid people who pick against the favorite because some one legged man in a bar told him he "had a feeling."